Santander is the only Spanish bank considering launching crypto-investment products in the short term. 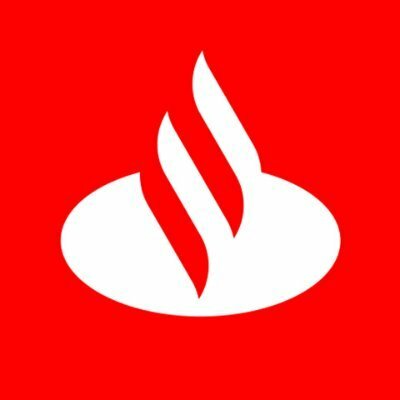 Spanish banks remain reluctant to launch cryptocurrency investment products, with the exception of Banco Santander, whose chairwoman Ana Botín announced that the bank is finalising details of its bitcoin ETFs (exchange-traded funds).

“We are a leader in cryptocurrencies. We issued the first bond on the blockchain. We have a strong team working on it (…). Our clients want to buy bitcoins, but we have been relatively slow to adopt them because of regulatory issues. Now we are going to offer cryptocurrency ETFs,” Botín told Bloomberg.

The bank has not yet provided further details on this new product, although it has been in the works for some time, as have other Spanish banks.

The launch of a bitcoin futures ETF in the United States in mid-October shook markets and pushed the price of the cryptocurrency above its all-time highs set last April.

However, sources at the Comisión Nacional del Mercado de Valores (CNMV) confirmed to Europa Press that no such product has yet been registered in Spain, while the marketing of products from outside the European Union (EU) requires authorisation from the supervisory authority and the registration of the fund managers and the funds to be marketed in the corresponding administrative registers.

BBVA has made some inroads into the world of cryptoassets, although it has not yet launched a product like the one proposed by Santander. At the end of 2020, the bank launched a trading service in Switzerland for the purchase, sale and custody of digital assets for private banking clients, allowing them to manage bitcoin transactions and hold deposits in the cryptocurrency.

However, the service is limited to Switzerland, as BBVA considers that the country has “a very advanced blockchain ecosystem, where there is a clear regulation and a great acceptance of these digital assets”, as explained to Europa Press sources from the bank.

The bank, chaired by Carlos Torres, believes it is important to explore the potential of asset tokenisation as a major innovation that could have a transformative impact on capital markets and the exchange of any value or data.

CaixaBank does not yet offer any services related to cryptocurrencies, although it recognises that this is an area it is studying and is therefore awaiting technological and regulatory advances.

“We are closely following this issue, as well as other technologies that are currently bringing a high level of innovation to the industry internationally. We are studying this technology and we are also closely monitoring regulatory developments and central bank movements on digital currencies, but it is not a service we currently offer to clients,” the bank explained.

Banco Sabadell is also “cautious” with this type of asset and sources close to the bank explained that it is not considering introducing this type of product until they are more regulated.

In the case of Bankinter, the bank does not recommend its customers to invest in cryptoassets, but believes that the blockchain “is here to stay” and “has countless advantages”.

“At the bank, we distinguish between two concepts. The first is blockchain technology, which is here to stay and has countless advantages, the most important of which is the traceability of assets. And then there is the concept of cryptocurrencies, which is a purely speculative asset, and because of this characteristic and because it is not regulated, at Bankinter we do not recommend it to our customers,” said the bank’s CEO, María Dolores Dancausa, when asked recently about this issue.

However, he said that if they ever decided to launch a product along these lines, they would do so from their digital bank EVO.

62% of US respondents to Fidelity’s digital asset survey are neutral or positive about bitcoin ETFs, while 30% of respondents said they would like to invest in cryptocurrencies through an investment product.

As the figures show, these cryptocurrency-focused investment products have been met with much optimism from the cryptocurrency community, but they are not without their detractors.

“The value of the first bitcoin ETFs is that they allow access to more investors who prefer a more traditional instrument that they know well and can include alongside other investments in their portfolio. However, for those who can do so by buying bitcoins directly, these first ETFs are not very efficient because the fees they charge and the investment through futures affect the return on the underlying asset, which is detrimental to the investor”, says Ramiro Martínez-Pardo, CEO of the HeyTrade platform, in statements to Europa Press.

Emanuele Giusto, author of the book “Crypto Jungle”, explained in his commentary that the launch of such products could be a “Trojan horse” for investors seeking to enter the world of cryptocurrencies.

“The cryptocurrency world has been waiting for ETF approval, but not futures, but spot. This is not the best idea to enter the world of cryptocurrencies. It is easier and more profitable to go directly into an exchange, preferably decentralised, and buy bitcoin with one click and pay an infinitesimal commission,” he said.