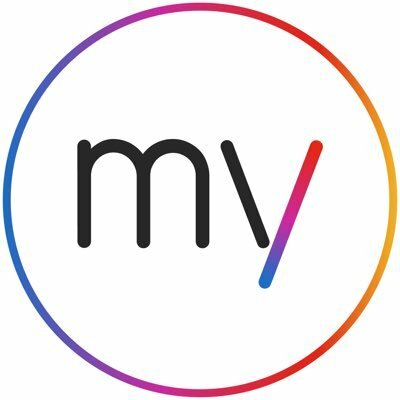 MyInvestor, a neobank specialising in investments and mortgages, is entering a new business segment: financing the purchase of investment funds. This digital entity -founded by Andbank Spain and owned by El Corte Inglés and AXA- plans to start offering this type of loans from the first quarter of 2022.

The company, promoted by Carlos Aso (current CEO of the Andbank Group), will offer loans to its best clients to increase their exposure to funds. According to banking sources, the interest rate will be “very attractive”.

Unlike personal loans, which have no assets as collateral for the loan, here Myinvestor will pledge the units of the fund in which the client invests. If the client is unable to repay the loan, the institution can foreclose on the collateral and retain the fund shares.

In the last two years and on the occasion of the end-of-year campaign for pension plans, Myinvestor has already granted loans to its clients to finance contributions to the plans at 1% NIR/TAE.

The success of this product has led the bank to consider offering it again in the coming days. However, in this case there are no pledged shares due to the illiquidity of private pensions.

Financing for the acquisition of financial assets is known in private banking as pledge lending. This allows clients to take advantage of market opportunities by pledging an asset to leverage their investment. The less risky the funds – the underlying – the greater the amount that can be lent.

MyInvestor explains that the aim of this product is to help clients manage their wealth. “It is a response to the need and demand of many customers who have expressed their interest in this type of product in recent months, which is innovative and revolutionary for retail banking,” explains a spokesperson for the bank.

The head of this new business unit will be Unai Beato, who also heads MyInvestor’s data department. The project also plans to offer consumer loans, a type of financing in which the customer responds with his own assets but without specific collateral.

MyInvestor offers more than 1,000 investment funds from national and international managers, including Vanguard index funds with no minimum investment. It has the largest showcase of pension plans in Spain: more than 80 plans from more than 20 companies.

The company, which has become the largest fintech company in terms of turnover with more than 1,400 million. And it has more than 635 million euros in investment products.

MyInvestor has reached an agreement with Santalucía AM to market its Santalucía Renta Fija Fija Corto Plazo Euro MY mutual fund with no minimum investment and a management fee of 0.10%, the lowest in its category available to retail investors.

The average duration of the fund is between 0 and 12 months, its portfolio is composed of between 60 and 70 issues and is suitable for investors with a minimum investment horizon of one year. It yields more than 1% per annum over 10 years and 0.77% in 2020.

The bank’s customers will thus have an alternative for investing their liquidity, together with the MyInvestor current account, with a remuneration of 1% APR in the first year up to 15,000 euros and 0.10% in the following years.

“With this product, MyInvestor offers its clients a quality fund managed by a large group with consistent returns and minimal fees,” said the neobank, owned by Andbank Spain, Axa Spain and El Corte Inglés Seguros.

Carlos Val-Carreres, the star of MyInvestor, has already facilitated the entry into his new value fund and will start selling the neobank in the coming days. It focuses on the international stock market and its main novelty is that it does not charge any management fees until it reaches an asset value of 20 million euros.

The fund’s key strengths were revealed last month: a value investment philosophy but with a structural approach to the economy, with new trends such as digitisation and electrification; a global approach; and “some of the lowest fees in the market for active management”.

All this is combined in MyInvestor Value, as the non-investment bank owned by Andbank, El Corte Inglés Seguros, AXA and other institutional investors is called.

The share class system consists of several phases. The fund will start marketing class A, which will have a free management fee and only a 9% success fee until 20 million is reached. Once that amount is reached, Class B will be launched with a 0.9% management fee and a 9% performance fee for the next 20 million.

“The aim of this structure is to allow the first 20 million to enter with 0%, democratising investment and offering quality value products with the lowest commissions in Spain,” the entity points out.

MyInvestor Value uses a watermark model to calculate the management fee based on annual performance with a crystallisation date of 31 December. If three years pass without the manager receiving a success fee, a new watermark will be set in the fourth year.

Val-Carreres has had an illustrious career in firms such as Ibercaja, Lierde Sicav (where he participated in the management of part of César Alierta’s assets) and Singular Bank. He tried the same project with True Value, but their paths diverged early on due to business incompatibility.

Its new home is MyInvestor, which has just celebrated its fourth anniversary with more than 70,000 customers and a turnover of 1.4 billion euros.

MyInvestor launches loans to pension funds, to be extended to mutual funds in 2022

The non-bank has launched a loan to finance customers’ pension premiums, with the participation of Andobank España, El Corte Inglés Seguros and AXA España. The last two training sessions have helped us to manage this aspect of the project.

Specifically, MyInvestor offers a loan with a fixed interest rate of 1%/TIN per annum and monthly instalments of EUR 24.66 for 84 months. The organisation explains that the loan can be cancelled at any time without penalty.

The company has more than 80 pension plans. The company’s products include index-linked plans such as MyInvestor Indexed S&P 500, which is linked to the US stock market, and MyInvestor Indexed Global, which is linked to the global stock market. Both plans are subject to an administration fee of 0.30% and a total fixed fee of 0.49% (0.30% administration fee, 0.08% custody fee and 0.11% investment asset and other fees).

As you already know at FundsPeople, MyInvestor will pledge your investments in investment funds in the same way as a private bank would. In this case, the funds will be pledged as collateral.

Currently, the private funds managed by Andbank Wealth Management are MyInvestor Nasdaq 100, MyInvestor Weighted World Economy, MyInvestor S&P 500 Equipped and MyInvestor Nasdaq 100. It also offers 250 different funds from international managers, independent blocks and Spanish banking groups, and has an open architecture. Details are not yet available, but it has been confirmed that it will apply not only to its own products, but also to funds from international fund managers.