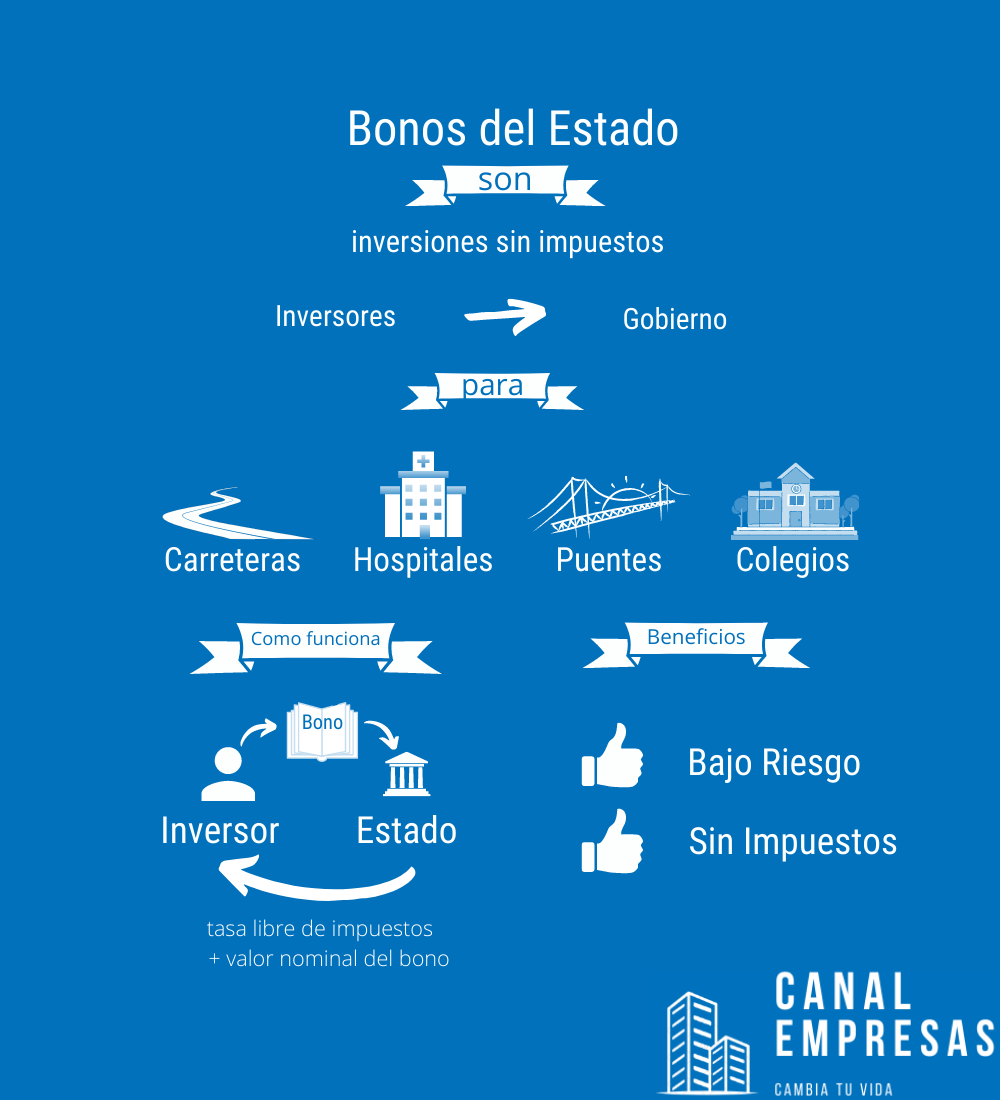 Have you ever borrowed money? If you haven’t done it, you probably know someone who has. Borrowing money is a normal part of our society and a situation that all people have to go through. companies. Even governments do it. Do you know how they can do it? By issuing government bonds. This article explains what you need to know about investing in government bonds if you have considered or are thinking about doing so.

When a government issues a bond, it requires you to invest a certain amount of money. It then promises to repay that investment with interest over time. Here we delve into the world of bond investing to help you decide whether bonds are right for your portfolio. However, as many experts advise, the best option for savers is diversification, which is why many people supplement their bond investments with bank deposits.

There are many types of bonds, depending on their characteristics, but we will start by dividing them into two broad groups

You invest 10,000 euros in a 10-year government bond with an annual interest rate (yield) of 4%. This means that the government will pay you 4% interest on €10,000 each year, and you will repay the initial investment at the end of the specified period.

Other types of bonds

What is a government bond?

Of course, there are exceptions, such as zero coupon bonds. They do not earn interest, but are sold at a price lower than their face value. However, most government bonds follow the same formula: you invest a certain amount of money, receive interest and get your money back at maturity.

Some people confuse government bonds and treasury bills. The main difference between the two is the date of issue. Therefore, whether you invest in one or the other depends largely on how long you want to recoup your investment.

Treasury bills: Mainly issues with a maturity of 18 months or less. A discount method is used whereby Treasury bills are purchased and repaid at maturity less the prevailing interest rate.

Government bonds: Government bonds are at the other extreme. They can be purchased fully or partially paid and receive regular quarterly, semi-annual, or annual payments. Thus, the notional amount plus the last coupon is repaid at the end of the maturity period.

Before investing in treasury bills or government bonds, it should be borne in mind that the investment product of choice for Spaniards is the bank deposit because of its safety. Investing in treasury bills, for example, is more advantageous in times of crisis, as yields tend to be higher when the treasury is in financial difficulty. Deposits, on the other hand, can offer stable returns, as can be seen on the Credit Suisse website.

Advantages of investing in government bonds

The advantage of holding government bonds in your portfolio is that they are a relatively safe investment, although not as safe as bank deposits. The value of bonds tends not to fluctuate as much as shares, so there is less concern about fluctuations in value. However, if you are really looking for security, you may prefer to choose a long-term savings account or a bank deposit.

A predictable source of income

Another advantage of bonds is the predictability of their income stream. Bonds pay a fixed amount of interest twice a year, so you can usually expect that money to arrive on schedule. Government bonds and treasury bills also have the advantage that the interest is tax-exempt to varying degrees.

Some investors also prefer municipal bonds because they offer the opportunity to invest locally. By investing in municipal bonds, you can help improve the local school system, build a hospital or create a community garden. It is this social aspect, and the possibility that the interest is completely tax-free, that has led some investors to abandon the high interest rates of other corporate bonds and invest in government bonds.

Conservative investors prefer bonds to equities as a less risky asset. After all, if you issue a bond and hold it to maturity, you will theoretically get your money and the contractual interest rate, unless it is issued with a negative yield. If, on the other hand, you decide to invest in the stock market and buy shares, you will not know how much money you will make until the transaction is completed.

However, fixed-income assets, such as bonds, also have their own risks. For example, if you want to dispose of an asset in the secondary market before its maturity, you can sell it for less than its face value or sell it at a premium for a higher profit.

These are the risks associated with bonds.