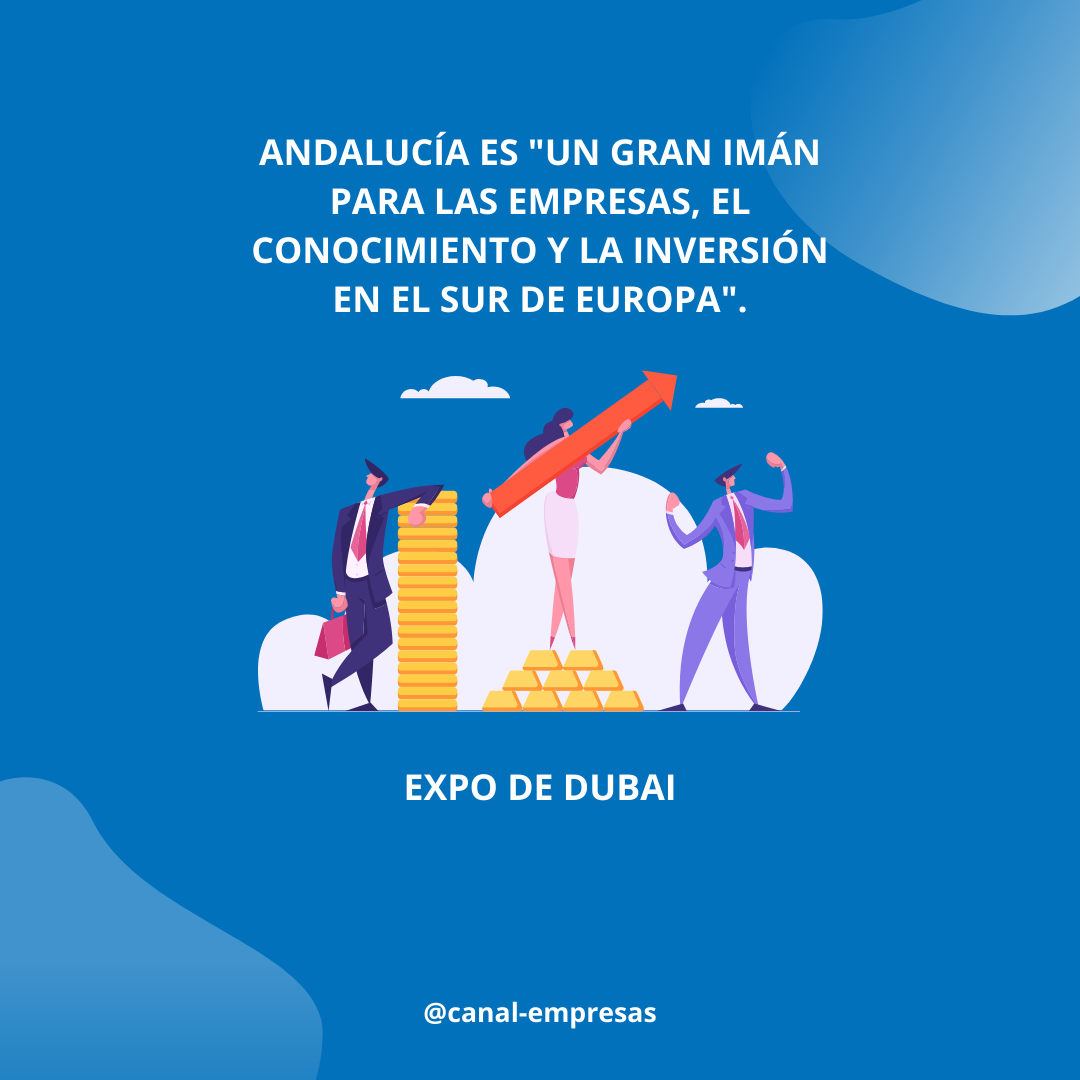 The President of the Junta de Andalucía will celebrate Andalusia’s “Day of Honour” this Saturday at an international exhibition.

The President of the Andalusian Parliament, Juanma Moreno, visited the Spanish Pavilion atthe Dubai Expo this Saturday and stressed that Andalusia is “a great magnet for attracting companies, knowledge and investment from southern Europe”.

Andalusia is an attractive place for companies, knowledge and investment from southern Europe, as well as a gateway to Africa,” said the president, who added that the crisis caused by the coronavirus pandemic “is a unique opportunity that we have not had in a long time to exploit all the potential that this country has”.

On the second day of his official visit to the United Arab Emirates, the President visited the Spanish Pavilion at the Dubai Expo, where he raised the Spanish and Andalusian flags before addressing the Andalusian Day of Honour.

He was also accompanied by the Mayor of Malaga, Francisco de la Torre, to launch the candidacy to host the international exhibition in 2027.

In his speech, Moreno recalled that the Expo held in Seville in 1992 opened the way to progress and modernisation in Andalusia, and said that the Emirate and the Andalusian community are “symbols of cultural diversity”, “crossroads of paths and ideas” and “special bridges for mutual understanding and harmony between peoples”. He stressed that these are “intangible values of civilisation that must be nurtured and cultivated to guide our actions, as the best vaccine against intolerance and conflict”.

He pointed out that the cultural heritage of Al-Andalusia is still present at all levels of Andalusian society, in the vocabulary we use, in the beauty of the Alhambra in Granada and in the recipes of its famous gastronomy.

Moreno pointed out that Andalusia faces future challenges because of the coronavirus outbreak, “firmly linked to this unprecedented present that we are suffering,” he said, expressing hope that the fight against the virus will be won. He added. We, including the dynamic and passionate Andalusians, see this great crisis as a unique opportunity to exploit our full potential, which we have not used for a long time.

He explained that this potential is based on the talent and capacity of Andalusians, who have finally recovered their brilliance, not only in culture, but also in the digital world, biomedicine, aeronautics and engineering, topping the main macroeconomic indicators for the first time.

He also said that while the last three years have seen extraordinary changes in our country, with pandemics that have brought all processes to a standstill, “it is also an ideal test case to see if existing policies are working”.

The President stressed that with measures such as the reduction of administrative hurdles without losing legal certainty and the minimisation of taxes to increase fiscal competitiveness, “our relationship with the manufacturing sector has recovered in record time” and “we have become an important partner to listen and respond to their demands”. He also stressed that public-private partnerships are being encouraged to involve our companies in major projects and to go further.

The President should evaluate all investments to make them a reality, in order to stimulate wealth and job creation. It appreciates that the business community is doing all it can to create better jobs, increase investment and attract foreign investment.

According to Juanma Moreno, Andalusia has a strategic location for those who want to capture not only the Spanish market, but also the whole of the EU and North Africa.

Moreno stressed that Andalusia is poised to take its place on the world stage as a region with the ambition to conquer very high standards: the projects in the field of artificial intelligence developed by Google and Indra in collaboration with the University of Granada, the European Research and Development Centre Recently opened by Vodafone in Malaga, he believes this will be possible thanks to important projects such as the IFMIF-DONES particle accelerator, which aims to reproduce the energy produced by the sun to develop new forms of green and sustainable energy, and work in the regions of Huelva (CEUS) and Jaen (ATLAS). We have pioneering projects in the field of unmanned aerial vehicles.

He also stressed that Andalusia is a leader in the fight against climate change and in the responsible use of natural resources. He also expressed his intention to accelerate the transition to a more environmentally friendly production model, stressing that “far from being a problem, it is a unique opportunity to develop this peculiar region as never before”.

In short, he defended Andalusia as a country with a universal projection that promotes harmony between peoples and has much to offer the world.