Why innovation could curb inflation 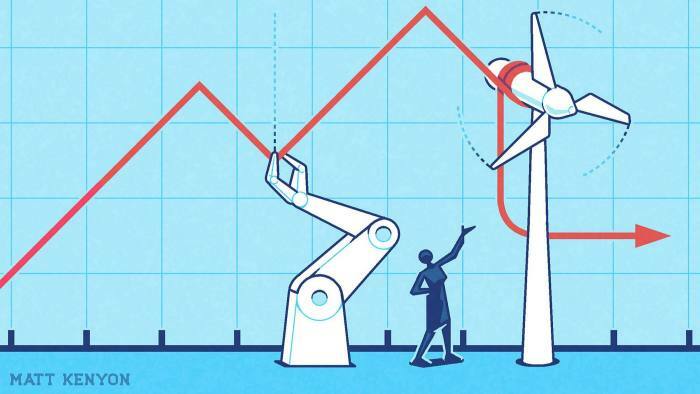 Almost every economic conversation these days seems to revolve around Why innovation could curb inflation. Each question seems to lead to another: Is it transitory, and will it get worse? If so, when, and for how long, which of the many factors – including Covid-19’s soaring demand, supply chain shortages, fiscal and monetary stimulus, energy policy, or all the many changes in the energy policy mix – will be able to keep inflation in check? Energy policy or all the many changes in the way we live, work and play in the wake of a pandemic – should be more important in trying to build a picture of what is happening?

In all the debates, one point is rarely discussed: the role of technology, which is arguably the most important variable in what may happen to inflation in the coming years.

For every inflationary factor, from labour shortages to transport constraints, fuel costs or even longer-term pressures such as an ageing population, there is a technological change that could alter price calculations in ways that are difficult to predict.

Consider the transition to clean energy. Demand for electric cars is already driving up the price of raw materials such as copper, lithium, nickel and cobalt. Green vehicles and power plants are much more demanding on metals than the technologies they replace. As more and more companies and countries adopt a carbon tax and seek to reduce fossil fuel production, energy prices could rise further in the short term.

A rapid transition to a cleaner world will create some inflationary pressure, but in the long run it will significantly reduce the costs of climate-related disasters.

Moreover, technological innovation itself will ultimately drive down costs. Data from Morgan Stanley show that, apart from short-term fluctuations, commodity prices have been on a downward trend for 200 years. This is because every time an energy source has become too expensive, a new one has been invented to replace it.

We may be in for a cold and expensive winter. But given the plummeting costs of renewable technologies such as solar panels and wind farms (and the growing public and private investment in them). There is good reason to hope that over time the end goal could be much better and cheaper, which would provide an outlet for some of the analogies with the stagflation of the 1970s.

What about the inflationary aspects of supply chain delays? Some logistics experts believe that port developments will take years. However, we are already seeing that the largest and wealthiest companies (Amazon, Walmart and Costco, for example) are adapting to the problem with their own innovations.

These innovations will include greater vertical integration (e.g. owning some of their own shipping containers rather than renting them, allowing for greater control), but also the use of artificial intelligence systems to better track deliveries. Autonomous vehicles, both cargo and transport, are gaining new momentum. The first autonomous container carrier will be tested in Norway at the end of the year. If these systems calm traffic, some of the delays and price pressures associated with the supply chain will begin to ease.

As the Internet of Things becomes ubiquitous, more and more companies will use new technologies to increase efficiency. As Ark Investment Management CEO Cathie Wood pointed out in a recent interview. These innovations, which include autonomous mobility, blockchain, gene editing, adaptive robots and neural networks, are more likely to herald a period of prolonged deflation than inflation, given the depth and breadth of their impact across all areas of business.

They will certainly disrupt labour markets in ways we cannot yet imagine. Technology, for example, could play an important role in counteracting the inflationary pressures of the ageing baby boom generation. That will require more attention just as the workforce is shrinking, increasing the productivity of the existing workforce and health care system.

China, which has invested $1.5 billion in the use of big data in healthcare over the past decade (and many billions more in artificial intelligence), is likely to be the epicentre of AI-based diagnostics and healthcare innovation.

Of course, policies on the use of big data in sensitive areas such as healthcare and finance will vary from country to country as regulators grapple with the social implications of these cutting-edge technologies. These differences in national policies could themselves be inflationary if they contribute to cross-border frictions in global business and in the movement of people, goods and capital.

In a multipolar world, further delays, shortages and short-term supply and demand mismatches are inevitable.

However, the fact that the global economy has become a little more fragmented in recent years also presents an opportunity for technology-based innovation that could eventually drive down prices. Think vertical farms that grow produce within minutes of where people eat it, telehealth and virtual education platforms that eliminate the cost of travel, and 3D manufacturing that eliminates complex and distant supply chains.

These are just a few of the many new technologies that are on the rise. The change that these innovations could bring is probably the only significant disinflationary trend at the moment. But it may prove to be the most powerful.