BBC interview with Dan Breznitz, co-director of the Innovation Policy Lab at the University of Toronto. 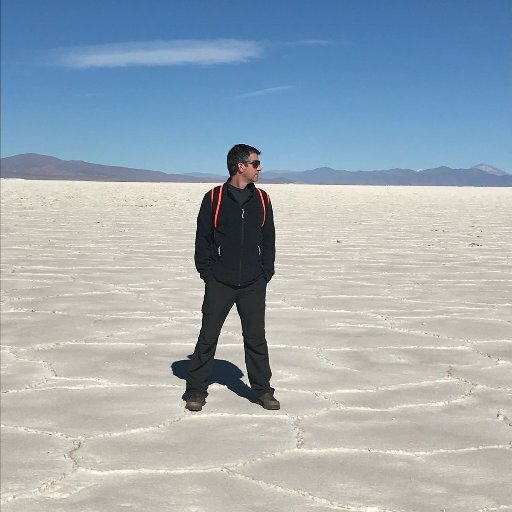 Dan Breznitz is Professor and Head of the Department of Innovation Studies at the Munk School of Global Affairs and Public Policy, and holds a position in the Department of Political Science at the University of Toronto, where he is also Co-Director of the Innovation Policy Lab. He is a Fellow at the Canadian Institute for Advanced Research, where he co-founded and co-directs the Innovation, Equity and Future Prosperity Program. His award-winning books include The Innovation and the State, The Red Queen’s Escape and The Third Globalization.

His scholarly work has won several awards, including the Don K. Price Prize for best book on science and technology and the Susan Strange Book Prize for best book on international studies. His policy work has also been recognized with several awards, and in 2008 he was selected as a Sloan Foundation Industrial Studies Fellow. Previously, Dan founded and was CEO of a small software company.

Prior to his move to the University of Toronto, Breznitz was a professor at the Georgia Institute of Technology for eight years and co-founded and was CEO of a software company in Israel. He is the author of two award-winning books, Innovation, and the State: and The Flight of the Red Queen: Government, Innovation, Globalization, and Economic Growth in China. His forthcoming book, Innovation in Real Places: Strategies for Prosperity in an Unforgiving World, will be published in January 2021. Breznitz received his bachelor’s degree from the Hebrew University of Jerusalem and his Ph.D. from the Massachusetts Institute of Technology.

Although innovation is often associated with a brilliant “eureka moment,” Dan Breznitz sees it differently.

According to the academic and co-director of the Innovation Policy Lab at the University of Toronto, innovation, understood as the creation of a great technological invention, has little to do with the real innovative forces driving the global economy.

That’s why he says it’s not worth trying to copy the Silicon Valley model in other parts of the world.

Breznitz, a member of the Canadian Institute for Advanced Research, explains his concept of innovation and explains what regions and cities can do to support its development.

In his book “Innovation in Real Places, Strategies for Prosperity in a Fierce World,”. The researcher addresses the question of how to create an innovation strategy that benefits the most people and not just fill the bank accounts of billionaires and venture capitalists.

In your book, you argue that there is a kind of techno-fetishism that has turned the start-up into a symbol of innovation, a view you do not share. What exactly is innovation for you, and what is the biggest myth surrounding the term?

Lately, we have become obsessed with the idea of innovation, which is not only bad but also dangerous. One of the biggest myths is that innovation is an invention.

Innovation is not an invention. It does not even apply to prototyping. Innovation is the application of ideas at all levels of the production of goods and services.

It includes changes and improvements to the original idea, different ways of producing or selling a product or service. These processes are very important for economic growth and human welfare.

How does innovation work in practice?

I can give two examples. We have invented mRNA vaccines against metalloid-19, but their effect will be limited unless we are able to innovate the entire production network system.

If we succeed, we will not only have better vaccines, but also billions of dollars of production.

Then comes the challenge of innovating in the way we distribute them, and so the chain continues until we reach a point where we can respond to the needs of more people.

Another example is that without real innovation, smartphones would still be wooden boxes with wires attached to the wall.

Waves of innovation change things for the better, but this does not happen at the moment of invention, but through a process of constant updating of the original idea.

Also, from a philosophical point of view, having an idea, putting it into practice, and changing reality is what makes us human.

What are other myths about innovation?

In the long run, it is more important to see innovation as a continuous process of improving something, rather than as an invention in itself.

The second is the belief that innovation in the first phase, i.e., when a start-up company creates a new product, will bring prosperity to the community in which the company is located and create new industries and new jobs.

This is not the case. As globalization has diluted innovation, what happens in Silicon Valley or similar centers is that once a product design is finished, it is sent elsewhere for production.

This means that all positive side effects are shifted elsewhere.

If a Silicon Valley were to be created in Bogotá, for example, the only jobs that would be created would be for top professionals in research and development, marketing, finance, and maybe a couple of jobs for two or three celebrity chefs and masseurs.

They will have fabulous salaries and many of them will be able to buy shares — which are lottery tickets — but most people in the area will not benefit much.

On the contrary, they will find that the things they want to buy and the houses in this sector are now so expensive that they are unaffordable.

That’s what happened in San Francisco. The problem is that we end up creating billionaires instead of creating wealth for all of society.

Silicon Valley’s 3 big challenges to become the world’s richest place after Qatar
Why South Korea has dethroned Germany as the world’s most innovative country (and why it has ousted the United States from the top 10).
Why the Silicon Valley model should not be copied because it does not seek to create new technologies that change the world.

Their goal is to bring financial benefits to Wall Street, either through the IPO of a newly founded company or simply because someone buys it.

And we come back to the same question: what happens to these benefits?

It has created a lot of money that remains in the hands of 5% of the population.

What other innovation-based growth models exist?

There are other models that involve the growth and prosperity of the local community.

I have seen ideas developed in Silicon Valley but applied in places like Taiwan, Israel, South Korea, the United States, and China.

Or ideas that are developed in Korea, such as touch screens or memory, and then manufactured in China.

Another example is innovation in Taipei in the field of semiconductors.

How did Taipei achieve this?

In Taipei, Taiwan, they have done brilliantly. They understood that the semiconductor industry was going to be very important.

They wanted to be innovative and quickly realized they had at least two options: either become Silicon Valley and compete with Japan and South Korea — and create giant companies like Samsung — or develop their own strengths.

They decided that their strength would be semiconductor manufacturing. And so they created a system that would allow them to do that.

They are two different paths: Silicon Valley and Taipei.

Another example of innovation is the luxury women’s footwear market that has developed in an area called Riviera del Brenta in Italy.

There, local entrepreneurs decided that their forte would not be to manufacture millions of Nike sneakers, but to make shoes for Prada or Gucci. They specialize in.

So if you have a design and you want to have those shoes made, this is where your design becomes a reality.

In this Italian region, they have succeeded in integrating into the global industry.

What are the best strategies for becoming an innovative city or region?

I would put it differently. If I were from Guadalajara or Bogota, instead of asking myself what is the best way to innovate, I would ask myself differently.

I would ask myself: what do we want our city to look like in 10 or 15 years? And I would look at which of the different phases of innovation our plans fall into.

First, we need to create a map of what it means to be innovative and successful. Determine where you want to go, what is best for your city or region.

The second task is to determine what your community’s strengths are and what are realistic opportunities for development.

Finally, and most importantly, ask why we do it.

With the pandemic, many things have changed. One of them is the traditional way global supply chains work, the way things are manufactured. Do you see opportunities for innovation in this context?

Of course. The world is changing, and that opens up many opportunities for countries that would otherwise find it more difficult to participate in the global production network.

The world’s largest companies have started to look for new innovative suppliers at all stages of production.

We are moving towards regional production networks, so places that quickly discover these opportunities and identify in which sectors and in which parts of the process they can participate will have great opportunities.

If you want to know more about Dan Breznitz and his work and research in the field of innovation, we leave you his 4 main books so you can go deeper into this topic.