The New Start-Up Law in Spain 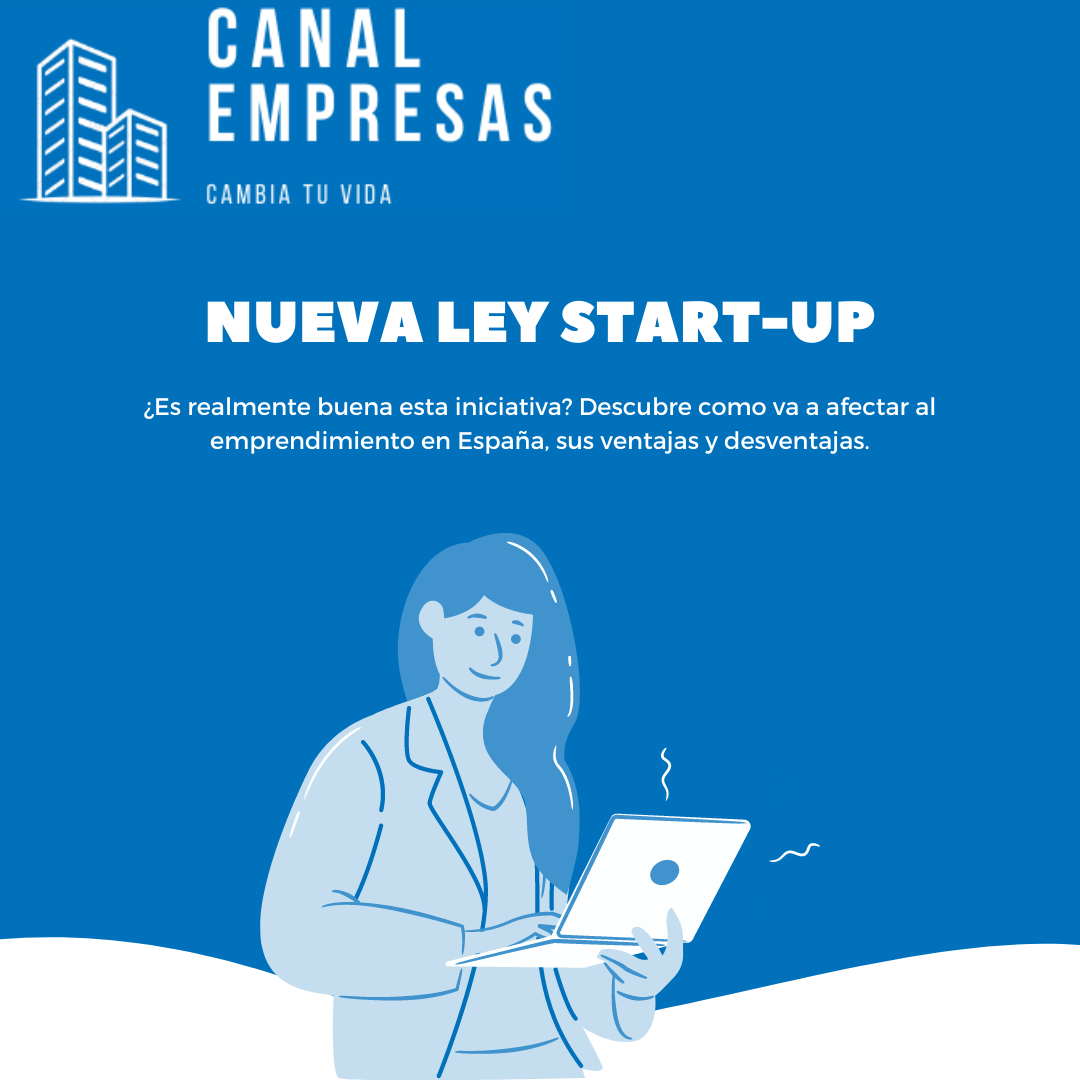 The investment in start-ups has gone through a period of uncertainty due to the coronavirus problem, but is on track to break records in 2022. In the past year, Spain has been able to invest more than $3 billion in start-ups. This means that we have tripled the best investment results obtained in 2018, making history against all odds.

In addition to the figures, the other big news of recent times has been the so-called new Start-Up Law. This is a government project that started a few years ago to stimulate the creation of companies, but which until now has stalled and is especially focused on technology companies. Do you want to know what the Start-Up Law is and how it applies to your business? Then read on.

What is the Startups Act?

It has been two years since the government announced the creation of the so-called Startups Act. The project had been under public consultation for several months, but it was not until a few weeks ago that progress was made, although a legislative process for its approval was announced in December last year.

Over a long period of time, the intricacies of the new law have become clear. The law aims to support the start-up ecosystem and recognises the legal nature of start-ups, including many characteristics such as the potential of their business model, their innovative mission and the specificity of their financial needs.

After five years of protests, the start-up ecosystem can finally see the light at the end of the tunnel, thanks to the dynamism brought by this law. The Startup Law is part of Spain’s National Entrepreneurship Plan, a series of measures that the government wants to put in place to boost the startup ecosystem digital development in the country, 50 of which are aimed at startups and their ecosystems.

The aim is none other than to accelerate the growth of investment and to put Spain on a par with Germany and France, the leading countries in this field. We hope that this law really responds to the specific needs of the Spanish business fabric and contributes to its strengthening.

More information on the Start-Up Act

What are the innovative aspects of the Business Creation Act compared to previous legislation?

In short, the Start-up Act is about reducing taxes and eliminating red tape. Currently, start-ups are regulated by commercial and tax laws, which do not take into account the specificities of these new business models and impose overly burdensome requirements on innovative initiatives.

With this new proposal, the government wants to regulate and make more flexible all the actions that start-ups have to carry out in collaboration with the public administration during their life cycle. Especially in the start-up phase. The reason is that the development of an innovative start-up requires a lot of paperwork and puts it at a disadvantage compared to other SMEs in terms of taxation and, for example, visa procedures, which are regulated by the Law on Start-ups.

To illustrate the level of investment, in September investment in start-ups amounted to €316 million, bringing the year-to-date total to €3.02 billion. This is three times the cumulative figures for 2020 and 2019, when €985.75 million and €909.08 million were invested in Spanish technology companies, respectively.

One of the most important objectives of the Entrepreneurship Act is to prevent the brain drain and attract as much talent and investment as possible. To this end, new and more attractive fiscal and tax measures have been included. For example, income tax for non-residents will be reduced from 25% to 15% during the first period if the taxable income is positive, and from 25% to 15% during the following three periods if they maintain their status as entrepreneurs.

In terms of taxation, the first 100,000 euros of investment in a start-up company is tax-free (also for entrepreneurs).

The law also increases the maximum deduction for investments in new or newly created companies from 60,000 to 100,000 euros per year. This tax exemption applies not only to investors, but also to entrepreneurs themselves. The deduction will be increased from 30% to 50% and the period during which a company is considered to be an entrepreneur will be extended. Specifically, it will be extended from three to five years in general, or up to seven years for companies in certain sectors. For example, several sectors.

Moreover, the requirement for non-resident investors to obtain a NIE has been abolished and investors and their representatives only need to obtain a tax identification number. The settlement procedure, which can be carried out online, will also be simplified, as failure to commence operations will be treated as a normal occurrence.

Bureaucracy is still one of the biggest problems for start-ups. Therefore, from now on, you can register digitally and with a standardised status.

The government is trying to attract foreign investment and talent. Therefore, we are going to simplify the procedures necessary to obtain a visa. In particular, we will focus on start-ups and digital freelancers coming to Spain. They will have the opportunity to obtain a low tax visa.

Finally, there are general and fundamental provisions for a regulated testing environment, based on the sandbox experience in the financial sector. The aim is therefore to promote a controlled environment in which the usefulness, feasibility and impact of technological innovations in different areas of productive activity can be assessed within a limited period of time.

According to the Spanish Entrepreneurship Map, one of the main challenges currently faced by Spanish start-ups is the professionalisation of the financing mechanisms used by entrepreneurs. This is because they often rely on self-financing, business support or family support to get their projects off the ground. The report also points out that access to more finance has a significant impact on the profitability of these companies. However, it notes that 12% of Spanish start-ups have a positive EBITDA, which is higher than in other European countries, where it is around 10%.

The Spanish start-up ecosystem has evolved a lot in recent years. It is an economic activity comprising new companies that respond to social and economic needs, contribute to the internationalisation of the economy, attract significant financial investment and foreign talent, and offer careers to young people.

However, if we compare the start-up sector in Spain with that of other countries, we can say that we still have a long way to go. The regulatory environment in which these types of technology companies operate is not adapted to innovative and risky business models that require specific conditions.

Prior to this law, their activities were restricted by legislation that imposed overly strict requirements on these initiatives, which in many cases prevented their success. Spain has therefore launched a series of reforms to avoid being left behind in the face of fierce international competition and to encourage the emergence of new companies. What is the objective? To make Spain a pioneer in entrepreneurship, job creation and economic growth in Europe.

Disadvantages of marketing only in Spain

Advantages of marketing only in Spain

Business angels and private investors in general can benefit from special legislation on the business environment. Among other measures, the maximum deduction for investments in new or established companies has been increased from EUR 60,000 to EUR 100,000 per year. The deduction rate has also been increased from 30% to 50%.

Investors who sell their shares and reinvest the proceeds in another start-up company do not have to pay capital gains tax and can therefore benefit from new tax advantages.

The requirement for this is that the funds do not exceed EUR 400,000 at the beginning of the year in which the investment is made. In addition, the company must be new or established for a maximum of three financial years and the shareholding must be between 3 and 12 years.

Business angels cannot acquire more than 40% of the share capital, nor can they invest through a legal entity.

How does Google AdSense work? Here’s how to use it.