The multiplicity of functions of cryptocurrency exchanges raises fears of conflict 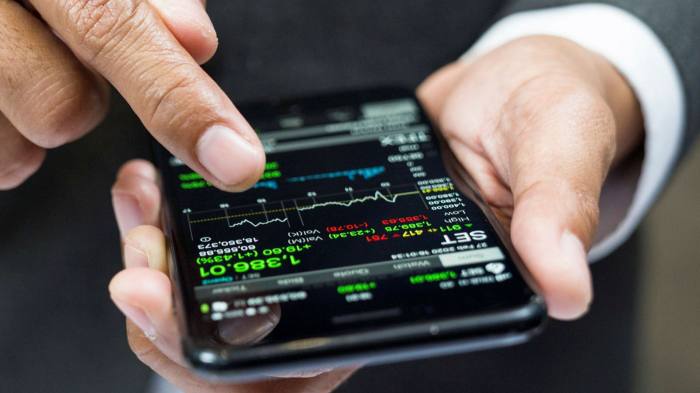 cryptocurrency trading platforms have a little secret: they pose as “exchanges”, but are often actually brokers.

In almost every respect, these digital asset exchanges are radically different from traditional exchanges, although their names suggest that they are replicas of the markets that exist for equities and other securities.

In fact, unlike conventional exchanges, trading platforms for bitcoin and other digital assets do much more than provide investors with an electronic platform for buying and selling securities. They provide custody, manage client funds, act as a counterparty to trades and, more recently, have begun to lend and borrow.

And according to Simon Forster and Duncan Trenholm, co-heads of digital assets at brokerage firm TP ICAP: “If you have an exchange that does custody, that does betting, that does lending… It looks like a broker or a bank”.

This multifaceted role raises concerns that platforms may not always serve the interests of the customer. Instead of being a neutral party to transactions, as is the case with an exchange, a cryptocurrency platform may trade against customers, creating a situation where for one party to win, the other must lose, meaning that retail customers risk being treated unfairly.

These risks have been identified in recent studies. In October, the National Bureau of Economic Research found that, unlike regulated exchanges, cryptocurrency platforms lack provisions to ensure that investors get the best possible price.

Anton Katz, CEO of software company Talos, says this is a problem for professional investors entering the market, as some have a “best execution” obligation, i.e. they are obliged to trade at the best possible price.

As a result, they are more comfortable splitting transactions between different providers to minimise conflicts of interest and the extent of disruption in the event of a platform crash or hacker attack.

“In the cryptocurrency space, most exchanges provide not only matching services, but also custody, clearing and settlement, to name a few,” Katz points out. “That said, they are actually more like a [traditional] broker because the customer is actually facing the exchange itself when trading, rather than another exchange customer.”

And cryptocurrency exchanges do so with little, if any, regulatory oversight. Policymakers say this is becoming a problem, as financial and stability risks are growing in a market that is already worth $2 trillion. Many are making a concerted effort to bring this fledgling industry under scrutiny.

As the largest holders of bitcoin and other major digital assets, exchanges are among the most influential players in the world of cryptocurrencies, along with the “miners” who create new monetary units.

They hold clients’ money and ask traders to deposit money upfront to finance trades. They settle trades and ensure that all parties are paid. However, they do this in an environment where hacker attacks are rampant and where there is almost no transparency about prices and what happens on the exchange.

Regulators have been aware of this problem for several years. In a 2018 speech, Ashley Alder, chief executive of Hong Kong’s Securities and Futures Commission, said that crypto exchanges can act both as agents for their clients and in their own interests when trading, making it difficult to detect and monitor major conflicts of interest. He added that investors also face “additional vulnerabilities” because they trade directly with these platforms, rather than through an intermediary.

“These are activities of particular interest to securities regulators because these platforms appear superficially to mimic conventional funds and exchanges,” Alder said. He also noted that custody of investor funds is a “key area of concern”.

Last year, Hong Kong’s regulator ruled that all such platforms must register with it, prompting FTX and others to seek a warmer regulatory climate in the Caribbean islands.

Meanwhile, for traditional exchanges, the huge sums amassed by nascent cryptocurrencies in a short space of time have made digital assets as a potential market hard to resist. They also hope that their track record in regulated markets will give them an edge.

Jürg Schneider, head of media relations at Swiss exchange operator SIX, hinted at this when he won regulatory approval to launch a digital asset platform in September.

“We are a globally recognised and regulated exchange,” he said. “All of this represents a completely different construct from cryptocurrency exchanges currently in the market. From a regulatory point of view, they are not considered exchanges.”

“We are a globally recognised and regulated exchange,” he said. “All of this represents a very different construct from cryptocurrency exchanges currently in the market. They are not considered – in terms of regulation – as exchanges.”

But while cryptocurrency platforms face minor challenges from regulators, they have to satisfy another problematic stakeholder: retail customers.

“The reality [is] that disgruntled customers are just a few clicks away from transferring their assets to a competitor,” says Fadi Aboualfa, head of research at London-based digital infrastructure provider Copper.

As regulation tightens and competition from established exchanges intensifies, the ability of investors to move freely may pose the biggest test for digital start-ups.